After a simple jewelry heist goes terribly wrong, the surviving criminals begin to suspect that one of them is a police informant.

Note: as with some films, it plays out-of chronological order. 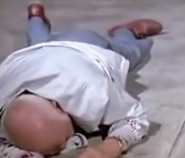 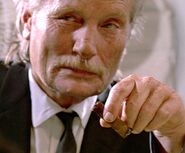 Suzanne Celeste
Add a photo to this gallery
Retrieved from "https://cinemorgue.fandom.com/wiki/Reservoir_Dogs_(1992)?oldid=622577"
Community content is available under CC-BY-SA unless otherwise noted.