Note: as a frequent villain in martial-arts films, Mei has undoubtably “died” in several other movies, but this is the one I know specifically. 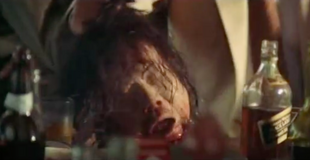 Mei Sheng Fan in Year of the Dragon
Add a photo to this gallery
Retrieved from "https://cinemorgue.fandom.com/wiki/Mei_Sheng_Fan?oldid=548974"
Community content is available under CC-BY-SA unless otherwise noted.