A lethal virus spreads throughout Scotland, infecting millions and killing hundreds of thousands. To contain the threat, acting authorities brutally quarantine the country as it succumbs to fear and chaos. The quarantine is successful. Three decades later, the Reaper virus violently resurfaces in London. An elite group of specialists, including Eden Sinclair, is urgently dispatched into Scotland to retrieve a cure by any means necessary. Shut off from the rest of the world, the unit must battle through a landscape that has become a waking nightmare. 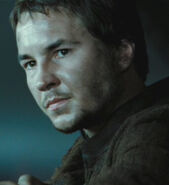 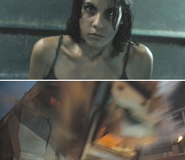 Eloise Cupido
Add a photo to this gallery

Retrieved from "https://cinemorgue.fandom.com/wiki/Doomsday_(2008)?oldid=515354"
Community content is available under CC-BY-SA unless otherwise noted.