Carlito Brigante is released from prison with his two friends, Rocco and Earl, to work in the heroin business, but things get messy when Earl's younger brother gets involved and causes trouble for not only their employers, but for them as well. 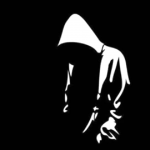